From Russia With Love

Those of you who were at the HAB meeting last November, when Paul Mercer told the story of his epic journey through the former Soviet states, will no doubt be interested in this link to Paul’s new adventure blog.

Paul is now just over a week into his 15,000 mile round trip for four people travelling across Europe and Russia, into Mongolia, then back into Siberia, round the west side of Lake Baikal then east along the infamous BAM road, ending eventually at Vladivostok, Russia’s most eastern port. From there, Paul and friends hope to get themselves and their bikes on the Trans-Siberian-Railway back to Moscow before riding home through Europe.

You can follow the trip daily from the link below: 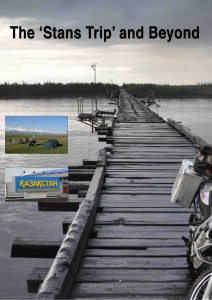