I spotted a flyer for this rally a couple of months ago – the inaugural event run by Hull and East Riding Advanced Motorcyclists. Denise was working, so I thought “now there’s a good excuse for riding a long way”.

I set off at 7.30am heading for the start at Beverley with the sun already high in the sky and a plan on my tank bag to do 400+ miles. Not the first time I’d done that much in a day – but not something I do very often!

The rally is like a Yorkshire-sized treasure hunt. You’re given a list of 40-odd checkpoints a couple of weeks before the event, and have to plan a route visiting 20 of them. Each checkpoint has a clue, and the clue sheet is issued at the start. Things like “What’s the number of the lamp post outside the Catholic Church in Lealholm?” 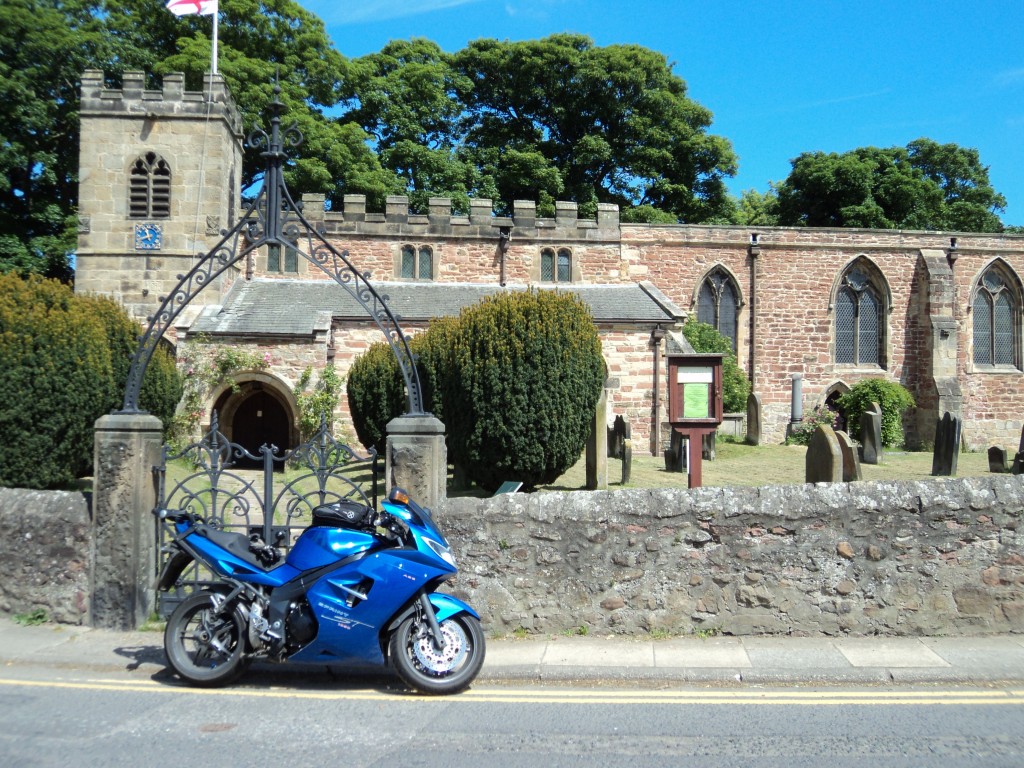 I was welcomed at the start by HERAM’s Rob Douglas, organising the event – and treated to a hot coffee. Also bumped into a lad who’d come up from Leicester to ride it!

I got away by about 9.00, my first rendezvous being Selby, via a couple of intermediate check points. I got lost within 10 miles ending up on the M62 rather than the much more inviting B road alongside. I think the motorway took longer! And then I wasted another 10 minutes not-finding-the-clue in Osgodby outside Selby. In fact, thinking about it, I did a lot of not-finding-the-clues that day! I kept telling myself, “It’s about the ride.”

Bereft of moderating influences from the pillion seat, my plan was to do all of the farthest checkpoints, whilst riding as many of my favourite roads as I could. So that was Selby in the south-west; Croft-on-Tees in the north-west; Whitby in the north-east; and Easington down by Spurn Head.

The first big leg was Selby to Croft – 72 miles – taking-in Cawood to Tadcaster (a firm favourite) and Thirsk to Croft via Northallerton (brilliant, but best done on a week day). I topped-up with fuel at the Darlington Morrison’s and the receipt read 11.57am.

Next leg – Whitby – via a control at Mickleby (“what’s written on the bench by the Water pump?”) I decided to go via the A66 – 16 miles of dual carriageway – it would have taken too long to find the way by B roads around Middlesbrough. So my third ‘corner’ was ticked off inside the hour.

Next problem – what’s the scenic route to Easington? That’s a no-brainer; across the North York Moors to Helmsley – clue “Name the ice-cream parlour on Cleveland Way” – now there’s a coincidence, my café of choice in Helmsley and exactly where I was going for tea and cakes.

Then it’s off to the Wolds and some old favourites (the B1257 through Hovingham; and that rollercoaster through West Lutton, Weaverthorpe and Foxholes) and back to the coast at Filey (“who is the coxswain of the lifeboat?”) Coxswain! Where’s the lifeboat? I couldn’t even find the way down to the sea! I brimmed the tank again – 4.19pm on the receipt.

The final long leg was 50+ miles down the coast to Easington. From Skipsea the road just gets better and better; and the last 10 miles to Withernsea was the highlight of the day – great bends and elevation changes, and just enough visibility and road width to really chuck the bike around.

Text message to Denise from Easington timed at 17.55. Then a leisurely amble back to Beverley and handshake and trophy from Rob. 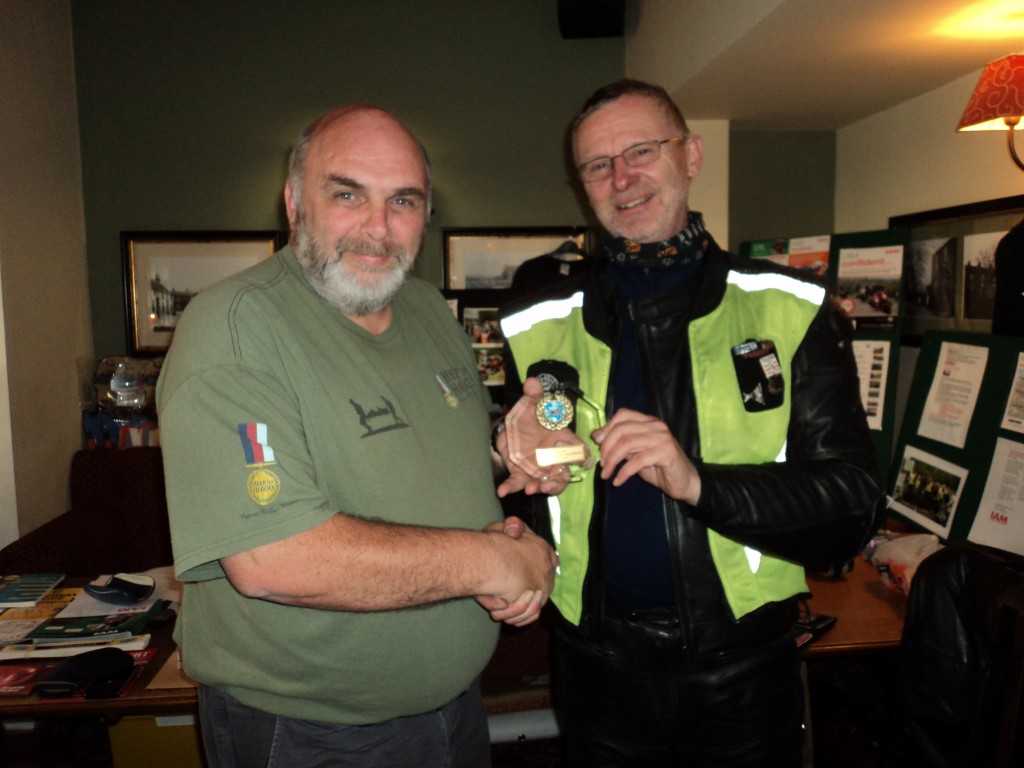 My thanks to Rob Douglas and his team for organising the event. I really enjoyed the day, and I’ll be back for next year!